As you know, Canadian salmon is very good quality.

We use “Sushi-Salmon” every time.
It is said “Ready to eat  as row (sushi)”.
That one is our favorite and we get them at the fish market in West islands.

They are cultivated and never frozen until they arrive store.
That means very fresh and they handle very carefully and keep clean.

Wrap in foil with lots of vegetables, mushrooms and Miso-sauce!
It’s very easy and delicious like small Japanese hot pot. 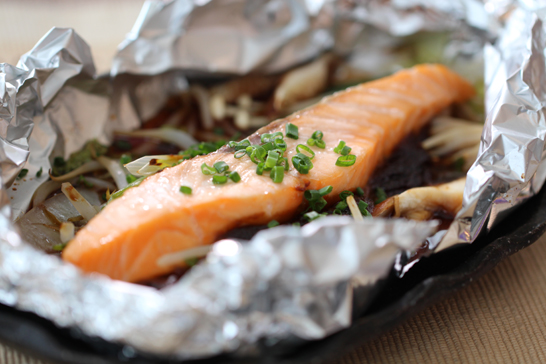 For this recipe, salmon is important, but also vegetables and mushrooms.

“Enoki” is thin, and tall mushrooms.
They are used in Japanese hot pot like “Sukiyaki” or “Shabu-shabu”. 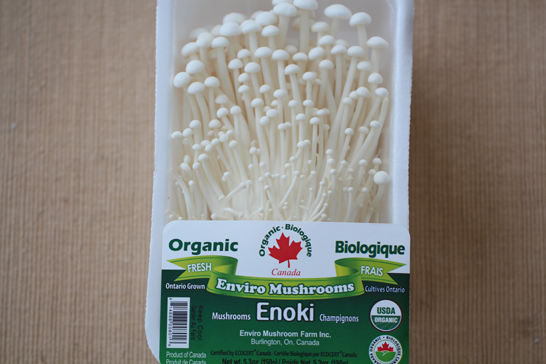 When I found this, it just arrived so they were very good quality.
But a few days later, some packs still remained on the shelf.

Do you know what happen?
THEY GREW UP IN THE PACKAGE.
Then it looked not fresh, a little bit brown, and like a strange food.

So I strongly suggest that the company should use same package style as Japanese.
It is vacuumed and keep freshness much longer.

And I try to introduce  how to cook these Japanese mushrooms more! 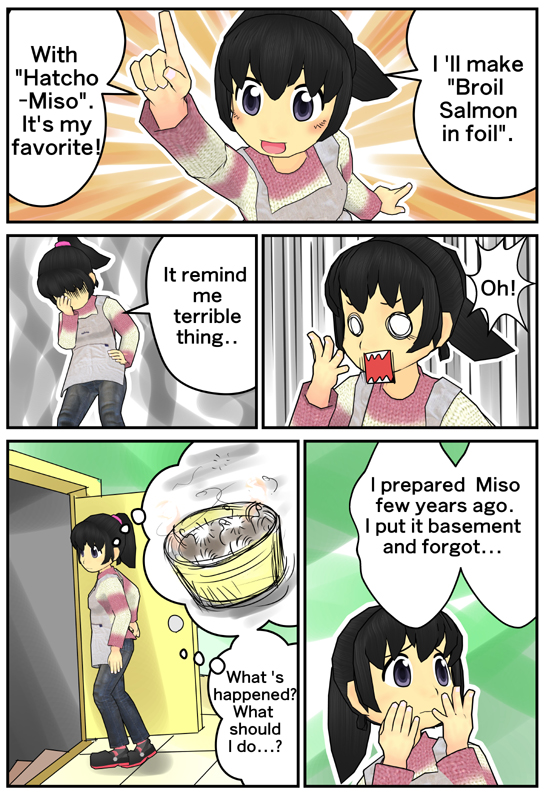 Rice cooker -Made in Japan